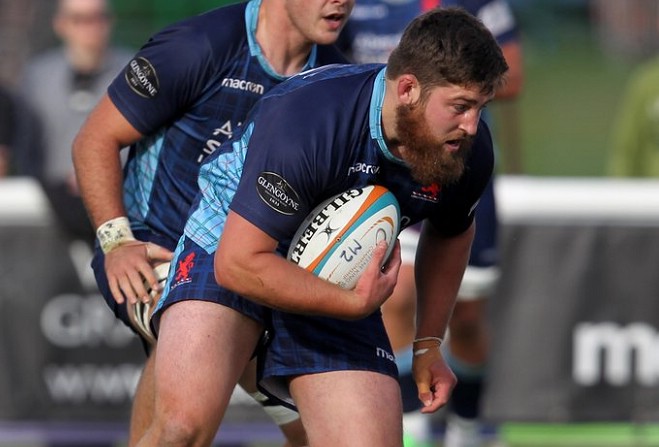 London Scottish tight-head prop Phil Cringle is in line to make his 50th appearance for the Championship club on Friday evening (23 November).

The 24-year-old from Ballabeg joined from French side US Carcassonne in 2016 and his performances earned him an extended deal at Richmond Athletic Ground back in April.

After turning out 16 times in his first season with the Scots, he played 23 times last season.

In front of a home crowd against Ealing Trailfinders on Friday - including his family who have travelled across to the UK to watch the match in person - Cringle will reach half a century of appearances.

When he does achieve the milestone, Cringle will also line up alongside winger Elliot Obatoyinbo, who signed on loan from Premiership club Saracens on Thursday (22 November).

Speaking to the club website, Cringle said: "I am proud to get my 50th cap for London Scottish.

"This is my third season with the club and in that time I have seen a lot of change but have also got to know some of the great people in and around the club which makes Scottish the great club it is."

Those on the Isle of Man have also been praised by Cringle for their ongoing support.

He told Manx Radio the backing he's received since he first signed with London Scottish has been incredible: