Dominant duo off to a flyer 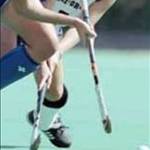 Hockey’s leading protagonists showed their quality on the opening day of the Wi-Manx Men’s Premier Division.

Meanwhile, Valkyrs A hit Ramsey A in an 11-2 romp.

Bacchas B saw off a spirited Vikings B 5-2.

Bell added to his tally for the A team and was joined on the scoresheet by Pete Hodgson, Craig Leece and Richard Le Page (two).

Ian Perry netted both for Vikings B.

Christian Steriopolous and Paul Kelly were the match-winners as Castletown A thrashed Valkyrs B 7-0 as they grabbed four and three goals respectively.

In the Women’s Premier Division, the dominant side launched the defence of their title in style.

Kim Carney, Zoe Carney, Sarah Breen and Hayley Crowe, from the penalty spot, fired Vikings A to a 4-0 win over Valkyrs A after a goalless first half.

Bacchas A were too strong for Castletown B.

Niamh Goddard (two) and Fay Wilcox were the scorers as Bacchas B saw off Valkyrs B 3-1.

It ended 1-1 between Ramsey A and Castletown A – Ali Breen and Dani Kelly the respective scorers.