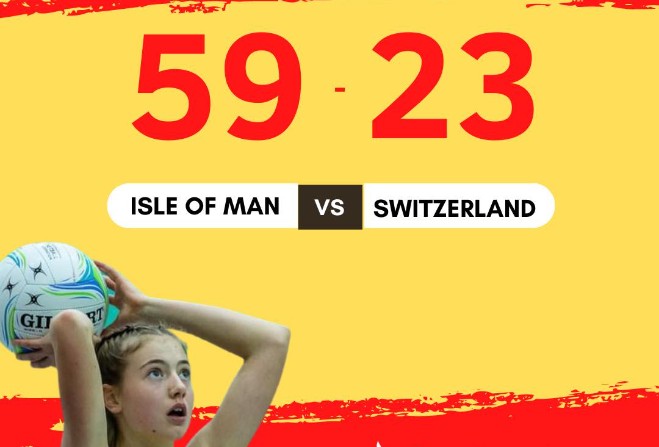 The Manx Rams have started their U17 Europe Netball Challenge campaign strong with a convincing win over Switzerland.

The Isle of Man came out fighting with countless intercepts all down the court and patient attacking play that saw them walk off the court at the end of the first quarter 15-3 up.

Switzerland stepped up their game in quarter 2 but, starting as they mean to go on, the Rams kept their foot heavily pressed down which led to a half time score of 33-11.

The Rams pushed on with fresh legs and new combinations on court which didn't disrupt the flow of the game, quarter 3 finished 44-19 to the Manx side.

Running the bench, every Rams player put out an impressive performance and finished strong, winning their opening match 59-23.

A big day lies in store for the Rams tomorrow when they play arguably not one but two of their biggest competitors of the tournament.

First up is the UAE at 11am (UK time), the Manx side then return to the court at 6pm (UK time) to battle it out with the Republic of Ireland.

All the matches will streamed live on the Europe Netball YouTube Channel.