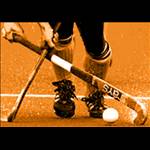 Bacchas A completed a league and cup double in style with a 4-0 thrashing of arch-rivals Valkyrs A in the men’s Hockey Cup Final at the National Sports Centre.

The cup holders cruised to victory, courtesy of goals from Glen Bloxham-Mundy, Andy Whiting and two from Andy Bridson.

Bacchas' women also claimed a league and cup double with a hard fought 2-1 victory over Vikings.

Cat Bridson and Niamh Goddard scored for the Tromode team with Marnie Rawle replying for Vikings.

There was also joy for Ramsey Roosters who staged an excellent fightback to win the men's Plate Final on penalty-flicks.

The northerners were 2-0 down to Harlequins after strikes from Adam Hussey and Alex Cave.

However, goals from Keith Corkill and Henry Wood took the game into a sudden death shootout and Ramsey triumphed to win the contest 3-1.