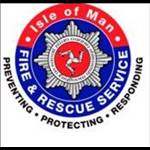 There was double delight for Manx star Mark Cavendish on The Tour of Britain.

He secured both the Sprint and Points jerseys to go with his two stage wins earlier in the week.

The T-Mobile rider was nine points behind Tour winner Romain Feillu in the points competition going into the final day but an excellent showing saw him come out on top by a solitary point.

He also finished two points clear in the sprints competition and was fifth in the King of the Mountains competition.

It’s the latest achievement in what’s been an impressive debut professional season for Cavendish.

It was also a day to remember for fellow Manx cyclist Jonny Bellis.

In his debut pro-tour event, the 19 year-old finished 35th in the overall standings, with the same time as Cavendish, as the highest place Manx rider in the overall rankings.

Both Cavendish and Bellis were sixth and 16th respectively on the final day of the tour, the 156.5km closing stage from Dumfries to Glasgow, 17 seconds behind the stage winner.

Feillu was the Tour champion in an overall time of 21 hours 21 minutes 33 seconds, with Fuerteventura-Canarias winning the team classification.