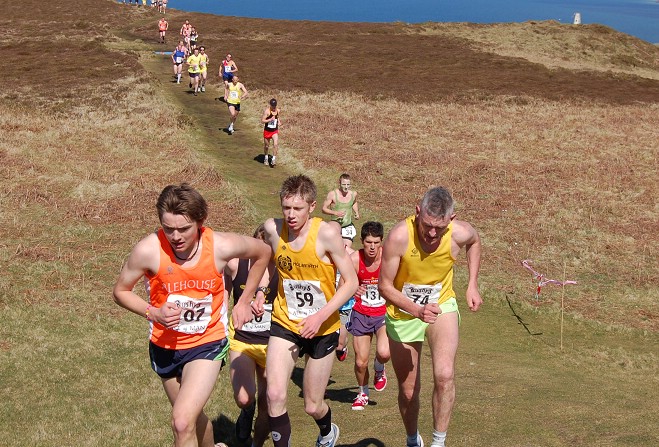 Nicholas Colburn in 19th place was the quickest local with Lloyd Taggart in 25th spot.

Christoforou still leads overall from Taylor and Marsh ahead of the climax of the Isle of Man Easter Festival of Running on Easter Day.

The real drama of the day came in the women’s hill race where Bronwen Jenkinson just edged out Hannah Brown for first place with Amelia Pettitt only a further second behind in third.

Jenkinson leads overall from Katy Hedgethorne of Cambridge Greyhounds and Pettitt going into final round, the 5km promenade race.

Another Manx fell runner, Eleanor Miklos, was the leading local in 17th.

In other sport, Jade Burden was the star of the show as the Isle of Man women’s national team enjoyed an Easter Saturday victory.

They beat Chester City 3-0 at Ballafletcher thanks to a hat-trick from the Corinthians striker.

Tom Mazzone followed his opening stage win of the Kerry Group Ras Mumhan, the first major race of the Irish Cycling season, with a sixth place finish on stage two.

Riding for the Isle of Man team at the event, he is 21 seconds off the lead with two stages remaining.