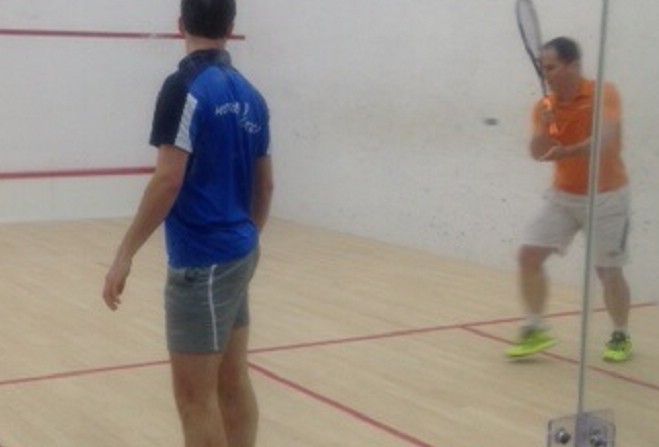 Final fixtures of first half completed

easyGym have won the first half of the Division A team squash league, despite losing their final match before the Christmas break.

Team AON won 3-2 in individual matches, however, the victory wasn't big enough for them to overturn the 46-point deficit they needed to take top spot from their opponents.

Dave Norman and Malcolm Levy had given the hosts the perfect start, but Jason Crease and Mason McLarney levelled proceedings.

In the decider, easyGym five-string Steve Morley was beaten in straight sets, but the early-season performances proved to be vital as the Oranges had a large enough cushion to claim the first half title.

Their winning margin after all fixtures were fulfilled stood at 21 points, having lost just twice all campaign - both of those defeats against AON.

In the top tier's other fixture, Cannell Print saw off Stoneart 4-1.

There were 3-0 wins for Thom Whiteway, Ashley Sandiford-Sykes and Rob Colquitt, while teenager Ben Peach registered an impressive four-set victory over Allister Crossley.

Steve Baker got the only win of the night for Stoneart as he overcame Mike Hayler 3-1.

After the Christmas interval, the second period gets underway where the four teams will compete to top the second half table.

A grand final will be required should there be different winners in the two periods.