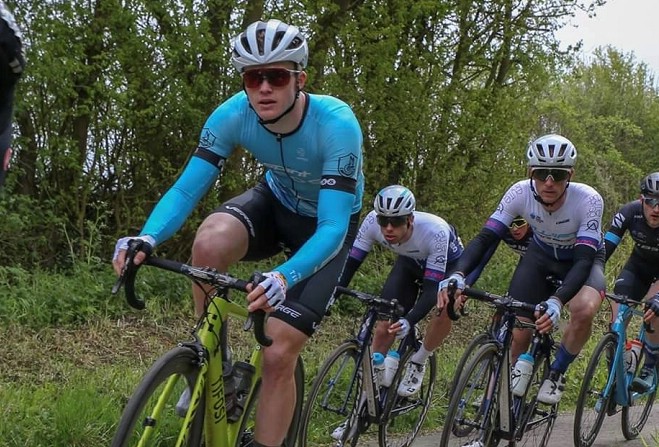 Islanders competing in both time trial and road race

There's plenty of Manx interest at the HSBC UK National Road Cycling Championships in Norfolk, which have begun today.

Lizzie Holden went one better than she did last year, and finished second in the under-23 women's time trial this evening.

On Sunday, attention turns to the road races.

The elite and under-23 classes are running concurrently, with the men's starting at 9am and the women's following at 2.30pm.

Tom's brother Leon has been ruled out through injury, though.

Matthew Bostock is in the under-23s.

In the women's under-23 class, meanwhile, Lizzie Holden and her Drops teammate Anna Christian will be joined by Becky Storrie, who's making her debut at the British nationals.

Spirit-Tifosi rider Tom Mazzone has been speaking to Manx Radio Sport ahead of Sunday's race: