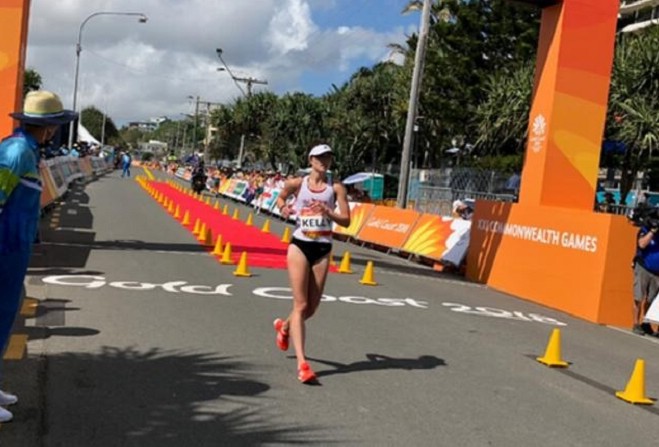 Erika Kelly is lining up for Great Britain for the first time this weekend at the European Race Walking Cup in Lithuania.

The 26-year-old is the second Manx athlete to represent Great Britain at senior level this year, after 800m runner Joe Reid at the European Indoor Athletics Championships in Glasgow.

Kelly is set to make her debut on Sunday in the women's 20km race in Alytus.

The athletes rise in the sport has been a remarkable one, having only taken up the sport three years ago.

However, her performances earned her a place in the Isle of Man's Commonwealth Games squad last year, where she went on to finish ninth in the 20km race walk on Australia's Gold Coast.

In other athletics news, the Senior Isle of Man team is away competing at the first match of their Northern League campaign in Blackburn this weekend.

They were promoted to Division One at the end of last season.