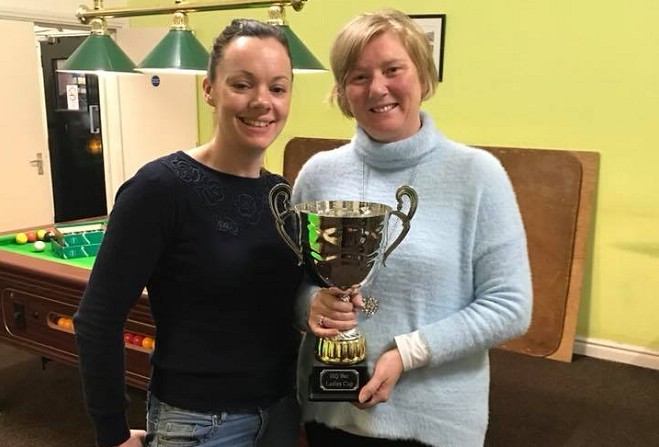 Teresa Evans cemented her place as the Island's top female 8-Ball Pool player in the first ranking event of the season.

Evans played Lyndsey Gaines in the final after beating Julie Smith, Nicola Young and Tanya Rhodes in earlier rounds, each by a 4-2 scoreline.

The finalists traded blows in a closely-fought final, neither player managing to pull more than one frame ahead as the scores went from 1-1 to 2-2 to 3-3.

In the deciding frame, Evans broke and potted nothing leaving the balls split nicely in the open - Gaines chose reds and potted each of them in turn, ultimately leaving herself a thin cut to middle on the black.

Unfortunately for her, she missed the cut and after a couple of safety exchanges, Evans clawed her way back into the frame, picking off her yellows systematically before potting the black for frame, match and tournament.

The next ladies' ranking event will be the AXA Cup on Saturday 24 March at the Rosemount, with play underway from 4pm.