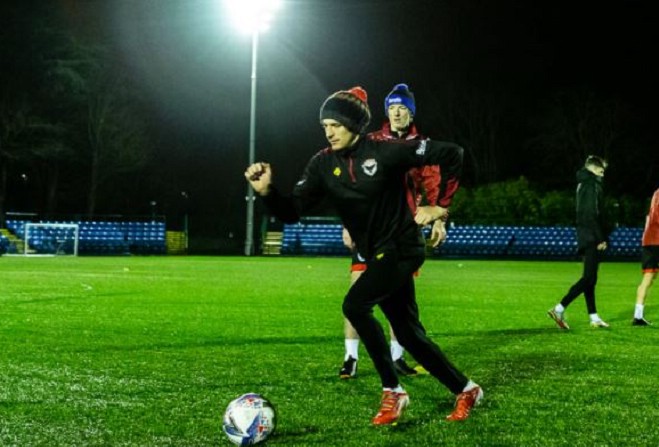 FC Isle of Man will take to the field for their first game of 2022 tomorrow (3 January) but they face a huge task to get three valuable points.

Both teams had to settle for a 2-2 draw at Church Lane the last time they locked horns back on 28 September, 2021.

The Manx side will be looking to improve on the form they showed towards the end of last year, winning just one of their last four league games.

Their last outing was a 5-3 home defeat to Sandbach United, their first loss on home soil of the season.

It was the Ravens first league loss since 27 October.

The Island team sit fifth in the NWCFL Div 1 South table and remain in the play-off places, but just two points now separate them and Cheadle Town who sit in the position below.

Their last result was a 1-0 away victory over Abbey Hulton United on 27 December.

Their form across the season so far has been imperious - they sit second in the standings with 17 wins from 24 games, losing only two so far this campaign.

Only FC Isle of Man have scored more goals than them this season (78) with the visitors having netted 72.

'The Millers' also boast one of the best defensive records so far, conceding 28 - only Abbey Hey (26) and league leaders West Didbsury & Chorlton (15) have given away fewer goals.

FC Isle of Man vs New Mills will kick-off at 12.30pm at The Bowl in Douglas on Monday, 3 January

Manx Radio will be providing full live commentary of the clash on our AM1368 frequency.