FC Isle of Man hit for three at Winsford United 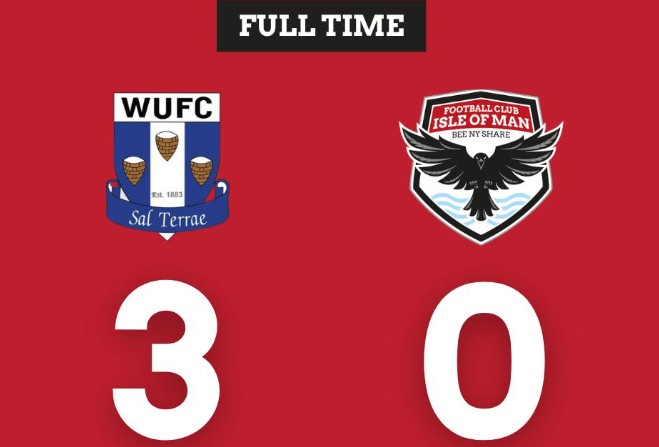 Cotterell broke the deadlock at the Barton Stadium on 28 minutes in an even first-half contest.

The Winsford United striker then scored within a minute of the second period with a thunderous top-corner strike to make it 2-0.

He then made sure of the hat-trick just four minutes later to seal FC Isle of Man's third straight loss in all competitions.

Speaking to Manx Radio after the game, FC IoM Manager Paul Jones felt his side probably deserved more from the match:

The Ravens headed to Cheshire hoping to bounce back from their exit from the second round of the FA Vase at the hands of Holker Old Boys last weekend (12 November).

The first 25 minutes saw Winsford United and FC Isle of Man playing out a rather even match-up with both sides creating opportunities.

But it was the hosts who broke through with 28 minutes gone when a neat interchange in midfield found Cotterell who, with Ravens stopper James Rice to beat, rounded the goalkeeper to slot home.

FC Isle of Man did respond positively to the setback but ultimately found themselves unable to carve any major opportunities before the break.

Trailing 1-0 at half-time, FC Isle of Man's second half got off to the worst possible start when Cotterell struck again, this time with a sensational strike into the top corner, leaving Rice with no chance.

Stunned, the Ravens were then punished again in the 50th minute as Cotterell secured his hat-trick.

Despite having plenty of time remaining to turn things around, the Manx side found it difficult to force their way back into the contest despite their best efforts.

Eventually, there was to be no major reply as Cotterell's rampant display in front of goal proved the difference to see things end 3-0 come the final whistle.

FC Isle of Man's next game in the NWCFL Premier Division will be at home against Charnock Richard next Saturday (26 November), kicking-off at the earlier time of 1pm.