FC Isle of Man hoping to bounce back against Padiham 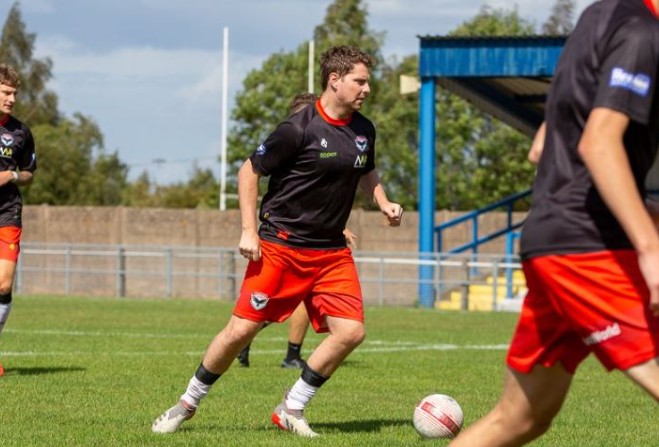 FC Isle of Man return to action tonight (23 August) hoping to avenge their narrow league defeat at the weekend.

The Ravens went down 2-1 against Vauxhall Motors at the vanEupen Arena on Saturday (20 August) and their attention now turns to a trip to Padiham this evening in the NWCFL Premier Division.

The Manx side go into tonight's clash with two wins and two defeats from their four opening games.

Meanwhile, their Lancashire-based opponents later today, Padiham, were boosted in their last league tie on Wednesday, 17 August, when they claimed their first win of the new season with a 2-0 away victory at Squires Gate.

That followed what had been a run of four straight defeats in all competitions.

FC Isle of Man will receive a boost in the attacking line for this evening's clash with the return of Furo Davies who was unavailable for the trip to Vauxhall Motors.

In defence, Sam Caine and Sid Batty come in to bolster the depth with Sean Quaye, Ash Higginbotham and Jamie Corlett unavailable.

Meanwhile, in midfield, Jack Higgins - younger brother of Charlie Higgins - joins his brother and the rest of the travelling squad heading to Lancashire.

Chris Bass jnr. also comes into the midfield mix with Ronan McDonnell dropping out after he sustained an injury at the weekend.