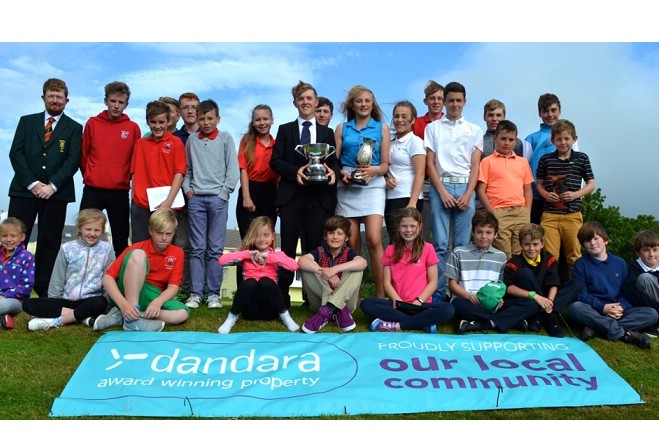 There's a boost for junior golf in the Island with news Dandara has confirmed sponsorship of the Junior Order of Merit for 2017.

The contest was launched by England Golf in 2014 to encourage youngsters to get involved in the sport, develop a pathway to becoming better players and continue playing golf for life.

In 2016, more than 200 rounds of golf were played over the five rounds of the Junior Order, involving 36 players who between them claimed more than 50 prizes.

It's contested by boys and girls, split into sections for all levels of ability, including full rounds for Under 18s and U14s, shorter rounds for youngsters and less experienced players, and a flag competition for beginners.

This year's competition will begin at King Edward Bay, Onchan on 23 April, visiting other courses before the final round at Mount Murray on 17 Septmeber.

Dandara has also put its name to the Junior Championships which take place at Mount Murray 9 July.