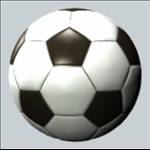 St Mary’s turned on the style to demolish Gymns in the Sure Mobile Premier League on Saturday.

He was joined on the scoresheet by Alex Harrison, Liam Cowin and Tom Weir in a 7-0 romp at the Bowl.

Old Boys got back on track after a disappointing set of results with a 4-1 thrashing of Michael.

Louie Finn was the hero as St John’s won 1-0 at Castletown in the battle of the newly promoted clubs.
It was the westerners’ first victory since the opening day of the season.

After the sides went in 1-1 at the break, the home side took charge with the goals from Jamie Stoy (two), Rory Mooney, Steve Cretney and Kevin Harding.