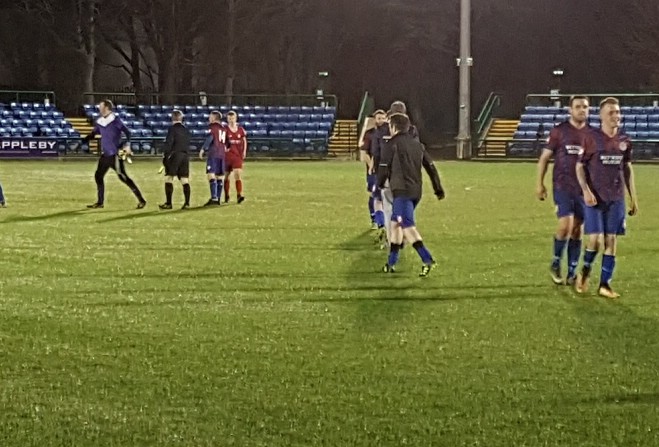 Full time at The Bowl, Foxdale players are happy with the win. Picture credit: Paul Hatton on Twitter

Victory boosts their own chances of going up

A big match for two promotion hopefuls in JCK Division Two saw Foxdale come out on top against Pulrose at The Bowl on Wednesday night.

They won 4-3, thanks to two goals from Jay Chatwood, one from Charlie Harrison and an own goal.

Pully had actually been 2-0 down at one point, then hit those three goals to take the lead, before Harrison levelled and Chatwood struck what turned out to be the winner.

Foxdale goalkeeper Stuart Fayle also saved a penalty when the score was 2-0.

The victory puts Foxdale up to fifth, but they are just three points behind second-placed Marown and five behind leaders Castletown with two games in hand.

Pulrose, meanwhile, remain in third, a point behind Marown having now played the same number of matches.