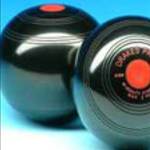 Stephen Gale won the Swift Motors Pairs trophy for the third year running with help from newcomer Robin Teare, who bowled superbly throughout the day.

They beat Chris Holland and Jill Quayle 16-10 in the final.

Gale and Teare started the day coming through the preliminary round with a comfortable 19-3 win, while Kris Spiers and Josh Ffrench caused an upset by knocking out the strong pairing of Collin Holland and Seamus Whelan 9-8 in the other prelim match.

In the first round, Gale and Teare continued their impressive form by beating John Jauncey and Eric Maddocks 13-5.

Elsewhere Chris Holland and Jill Quayle started their route to the final with a 12-7 win over Kris Spiers and Josh Ffrench.

Alan Looney and David Cottier had a good start with an 11-8 win against Michael Collister and Clare Holland and Emma Smith and Jayne Kinley moved into the semi-finals with a 15-8 victory over Richard Faragher and Ann Hollingworth.

In the semis Holland and Quayle took control of their game early on against Smith and Kinley, and a three on the tenth end put them into the final with a 12-4 win.

Teare and Gale had a much tighter game in their match against Looney and Cottier, despite racing into a 9-2 lead by the halfway stage.

Looney and Cottier came back well to level the scores at 10-10 with one end to go but Gale managed to take the jack into the ditch with the final bowl to move into the final.

The final was a similar story for Teare and Gale as they went 10-3 ahead after 8 ends.

Holland and Quayle bowled strongly to fight back to 10-10 after 12 ends but a two on the the 13th for Teare and Gale and a three on the next put them out of reach.

Next week is back to league action with the Cherry Orchard League.