Gandy shines in fourth round 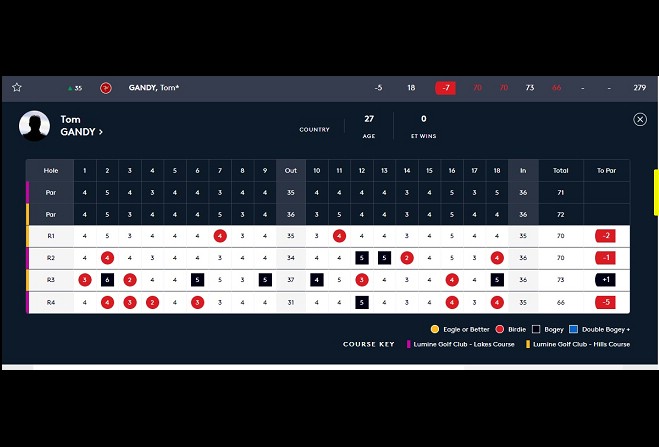 Rowany player through to final stages at Q school

Isle of Man golf professional Tom Gandy has made it to the final two rounds of the European Tour qualifying school after a superb fourth round of 66.

He is seven under par and four shots inside the projected cut at three under and worse.

He was below the cut in the early stages of his 18 holes today after a bogey at his third hole.

Gandy then produced a run of six birdies in nine holes to make it to the final stages of Q school.

Gandy is currently tied in 30th position overall with the top 25 and ties guaranteed a European Tour card for the next year.

Jamie Donaldson withdrew after two rounds - he's best remembered as the man who secured the winning point in Europe's Ryder Cup victory at Gleneagles in 2014.