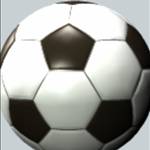 A late goal from Stuart Bell-Scott was enough to see off St John’s yesterday (Sunday).

Elsewhere, in the NK Construction Hospital Cup, next Sunday’s final will be another all-Saints day.

Two penalties early on from Chris Bass put the Geordies in control and they always held the edge, despite a battling performance by the visitors.

Callum Morrissey and Ciaran McNulty scored the other goals but they were pushed hard with Andy Glover and Steven Glover on target and player-manager Nick Hurt netting a free-kick to keep the outcome in the balance until the end.

St Mary’s twice came from behind to seal a dramatic victory over Peel to book their place.

Johnny Myers had put Peel in front only for Tom Weir to force extra-time.

Marc Kelly then regained the lead for the westerners only for Martin Reilly to haul the Saints level again and a penalty shoot-out.

Peel had the edge in the shoot-out too but St Mary’s came back with goalkeeper Max Thomas the hero as they triumphed 5-4 on spot-kicks.

Sunday evening’s final is at Ballafletcher.