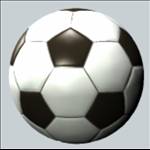 It’s been a disappointing campaign so far for reigning champions St George's but they showed their class on Saturday to move up two places in the Sure Mobile Premier League.

A 7-0 demolition of newly promoted St John's secured their fourth win of the campaign.

And it was all over long before the break after a dominant first half in which the home side hit the westerners for six.

Callum Morrissey (two), Danny McMahon, Martin Torr, Neil Brogan, James McStay and Chris Bass were on target for the Geordies who added a seventh in the second half.

Michael remain in the drop zone just behind St John’s but they will be pleased after a 1-1 draw at Ramsey.

Kevin Pulman fired the visitors in front before the break but Harry Weatherill deservedly equalised for the home side 10 minutes from time.