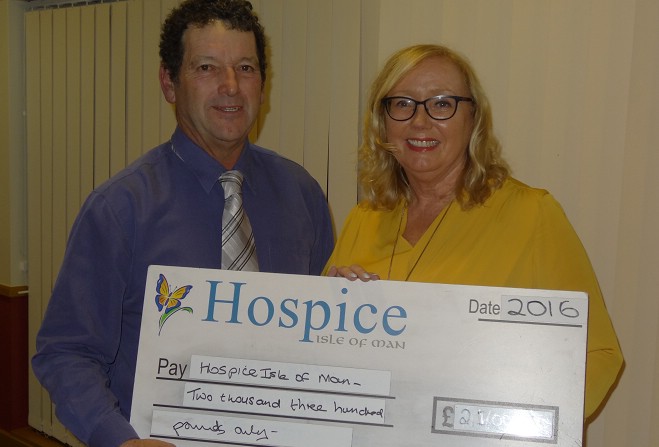 Chairman Peter Kelly presents a cheque to £2,300 to Mary Doyle

George Davies was the winner of the first round of the Cu Plas Callow winter sporting league at Meary Veg in Santon yesterday (Sunday).

He finished with 41 out of 50 in A class. Jack Clague was second on 37 with Juan Cowley in third, a further point behind.

Colt shooter Michael Cross was the star in B class. He finished on 37, equal second high gun overall, two shots ahead of Peter Fabrizio whose son Giulio was third on 33.

The C class winner was another junior, Arran Wade, who finished ahead of Roy Moore and Arthur Stepka.

At the beginning of the evening, a cheque for £2,300 was presented to Mary Doyle of IOM Hospice, proceeds of the club’s annual charity shoot held in July.

So far, the club has raised more than £15,000 for Hospice from its annual competitions.