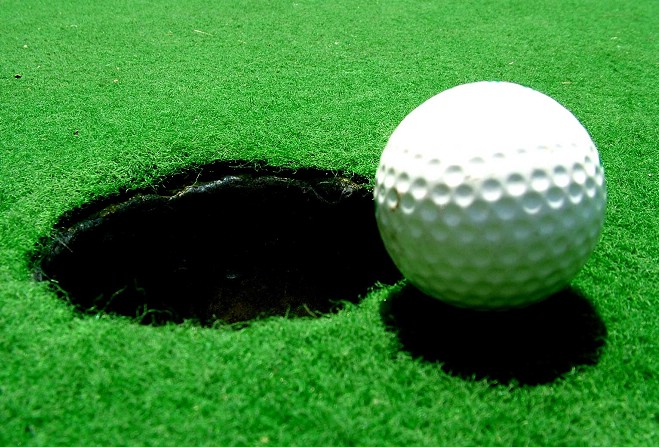 The men's quarter-final lineup for the Grant Thornton Isle of Man Golf Championships is now known.

That's after the opening round took place at Douglas Golf Club yesterday evening.

Jamie Arneil had looked to be cruising through when he was four up by the 14th, but leading qualifier Lee Morgan kept chipping away and eventually only lost on the last hole.

Past champions Mark Sutton and Peter Glover were pushed all the way in their matches against Jack Gilbert and Adam Teare, respectively, with Sutton winning on the last and Glover on the 17th.

Defending champion Paul Lowey was also taken to the 17th by past champion Mark Pugh.

Liam Cowin had two eagles on the way to defeating in-form Rob Noon, who will switch to caddy and try and help his sister make the semi-final in the ladies' championship on Wednesday.

Joe Raeside cruised to victory, winning 5&4 against Daniel Bell, as did Marc Harrison against Donald Beggs.

The line-up for Wednesday's quarter-finals is as follows: