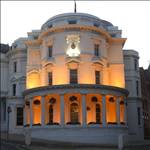 The first Tynwald question paper of a legislative year which will climax with a House of Keys general election contains a large number of items which relate to government spending and savings.

Included in the 43 items for written answer, and a further 22 for written reply, are queries on the loss incurred by the retail division of the MEA, and the cost to each government department of the major reorganisation earlier this year.

There's also a request for information on expenditure by the Department of Tourism for each of the past five years, and the method used to measure value for money.

Given the pressing need for government to cut tens of millions of pounds from its budget, it's no surprise members are suggesting ways savings could be made.

There are questions on the cost of allergy tests before patients are put on waiting lists for surgery, unpaid road tax and insurance, expenditure to date on the North Quay improvement scheme, and the cutting of home improvement grants.

Other questioners ask for the number of government employees currently off sick with stress-related illness, the income for rent for each building owned by the Manx government, the income from domestic rates for each of the Island's local authorities, for each of the past three years, and the cost of uniforms for the emergency services during the same period.

On a broader scale, the treasury minister will be asked what effects she thinks the current economic woes in Ireland will have on the Island.

There are further health questions on a cancer drug which the Department of Health is declining to use, the out of court cost of recent complaints against Noble's Hospital, and the recently published five-year Draft Oral Health Strategy.

Other items of topical interest include the new bus timetable, the proposed sale of the former Summerland site, bathing water quality and the government's policy on renewable energy.