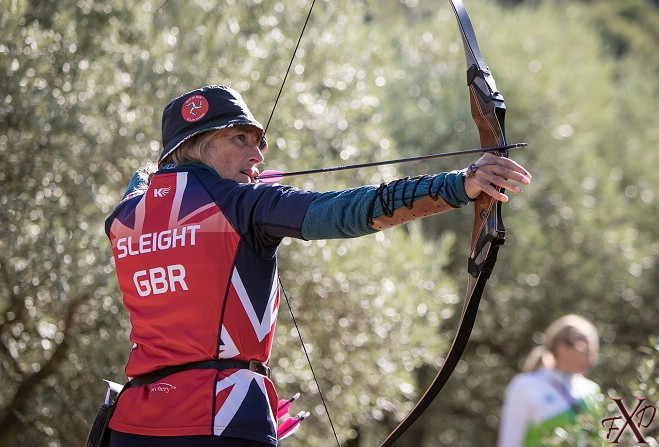 Lesley Sleight is one of 18 archers who have been selected to compete for Great Britain at the European 3D Archery Championships which is taking place in Sweden in September.

She won the selection weekend in Bedford with a score of 654.

This was way above the selection score set at 520 and over 90 points ahead of second place.

This will be her fifth cap for Great Britain.

She's thanking the Isle of Man Sports Institute for enabling her to have help from psychologist Sian Griffiths, as well as access to strength and conditioning training.

Sleight has already had one international competition this year, representing England at the IFAA European Indoor Championships, where she gained a silver medal as well as a World and European record score.