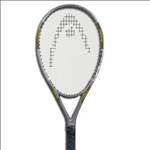 Tennis star Billy Harris has been crowned the 12 and under National Grand Prix Champion.

Billy arrived at the tournament as top seed with 840 order of merit points and he breezed through his opening games, before producing some sparkling tennis in arguably the match of the tournament to beat Imran Aswat 6-1, 4-6, 10-5.

The final saw him go head-to-head with another former champion, Mohamed Morsi, and Billy took the first set 6-2. While his opponent became frustrated, he kept his nerve and played consistently to take the second 6-0, and the 12 and under crown.

All the age-group champions won a one year Wilson product support contract.