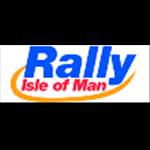 With World Rally Cars competing at the front of the field, it's unlikely Manxmen David or Mark Higgins will win Rally Isle of Man outright.

The event starts at 6.45pm this evening on Douglas Promenade. The opening four stages are in the south of the Island - three at Castletown and the other in the St. Mark's area.

Rally Isle of Man Press Officer Chris Boyd says with several Championships using the Isle of Man as a round, each competitor will have their own ambitions:-