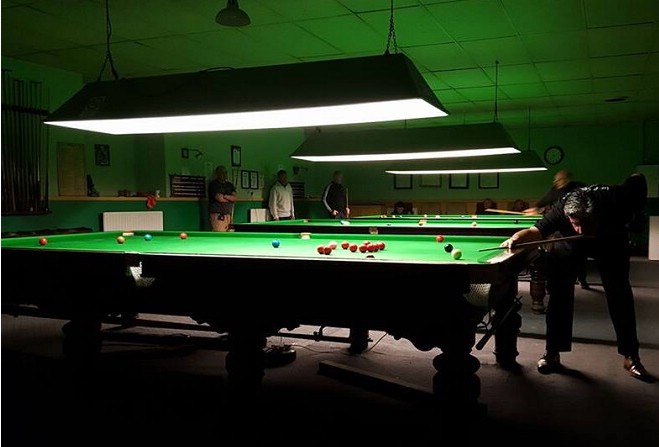 The winner of this year's Joe Davis snooker tournament has been crowned.

Taking place at and sponsored by St Olaves Snooker Club in Ramsey, twenty-one players entered the one-day handicap knockout tournament, with five preliminary ties brought the field down to an even sixteen.

Hill had previously beaten Mike Doherty 2-0 with breaks of 23 and 32, then Mike Crook 2-0 in the quarters aided by a 55 clearance and a 30 plus a 33 clearance in the second frame.

Corkish had to battle through the extra preliminary round and had to be at his very best to beat club teammates James Kerr and Darrell Thacker narrowly without dropping a frame.

Miller had previously registered a 48 break in a deciding frame with Paul Smyth and then came out a 2-0 winner against Jamie Wilson over two very close frames.

Dooley had no easy route through, having to beat Peter Kirkham then last years losing finalist Zain Abideen and regaining veterans champion Stevie Cowin all without dropping a frame.

This was Darryl's first title for a while and his 55 break was the highest of the day which saw many exciting frames go the full distance.

Congratulations were given to Darryl, who was also tournament director for the day, and to assistants Jane Hill, Paul Smyth and Dave Kelly.

A final mention was also given to semi-finalist Adam Dooley, who, in his first season as the highest placed player from the day not already qualified, will be offered a place in the 2020 Champion of Champions tournament at the end of the year.