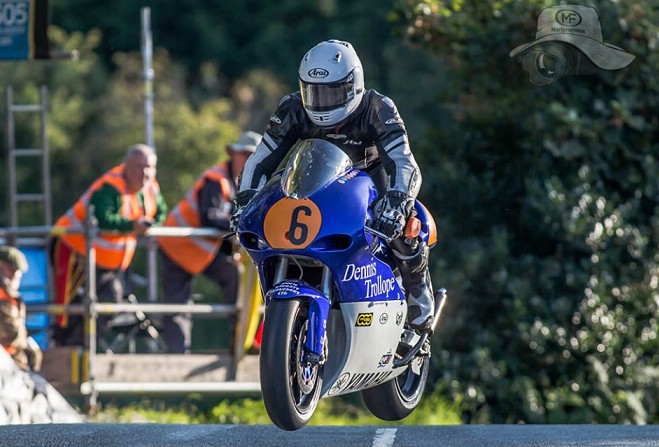 James Hind made up for the disappointment of retiring from the Junior Manx Grand Prix while leading, by taking the chequered flag in yesterday evening's Lightweight race.

The 19-year-old Market Rasen rider twice broke the lap record in the process - from a standing start on the first one (115.20mph), then again on the second lap (116.453mph), despite slowing down to come into the pits at the end of it.

He had a 29-second lead over second-placed Francesco Curinga coming out of the pits, even though the Italian made up 14 seconds on him whilst they were both in.

Hind managed to maintain that lead over the course of the final lap, giving him a commanding victory.

In the Ultra Lightweight, meanwhile, Lancelot Unissart made it two French victories in two days, following Pierre Yves Bian's win in the Newcomers A race on Tuesday.