History made in the Locate.im Sidecar TT Race 2 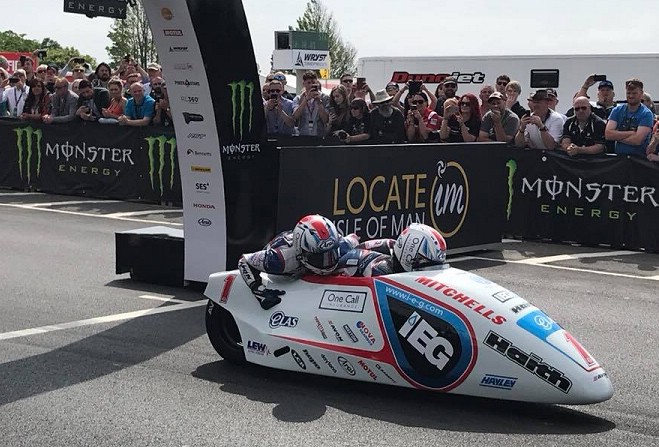 They broke the race record as well and made it five TT wins in a row.

Ben Birchall told Chris Kinley it had been a tough race:

John Holden and Manx passenger Lee Cain, who took an early lead on lap one, finished in second with Tim Reeves and Mark Wilkes making up the podium in third.

Manx crew Dave Molyneux and Dan Sayle stopped at Quarry Bends on lap three to make adjustments before starting again but were forced to pull in just down the road at Sulby Bridge.