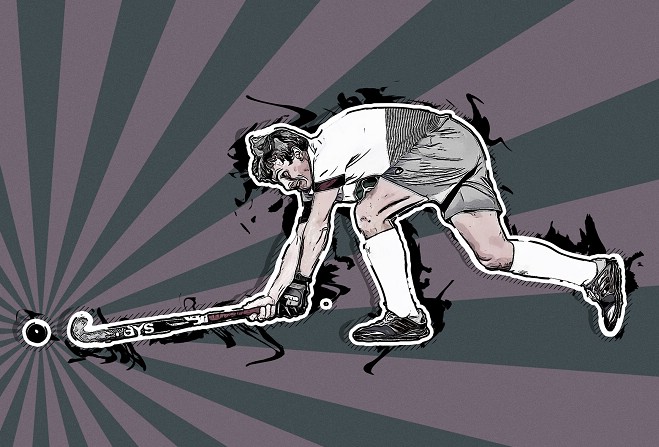 11:00 Canaccord Vikings A vs Ramsey Crookall Cronkbourne Bacchas A @ NSC

Finals day is upon us and with the weather expected to be good this weekend should see a decent turnout of spectators for Manx Hockey’s highlight event of the year seeing the best sides of each of the leagues go head to head in winner takes all finals battle. With these competitions falling foul of the pandemic last year, finals day is something to look forward to and shows that there is light at the end of the tunnel.

First up is the Rossborough Men’s Cup Final between Vikings A and Bacchas A. Previous cup finals between these two sides have been notoriously close with this match up providing some of the most entertaining hockey of the season. Bacchas earned their place with a relatively routine victory over Valkyrs A on Tuesday Night whilst Vikings earned their place in the final with another fairly easy victory against Ramsey A. Although Vikings always seem to have a wobble during the league season which dents their title hopes they are the typical cup team always playing beyond what many believe them capable of. Bacchas however have huge amounts of experience and have won this trophy for the past few years with a team that is still in their prime. One thing is for sure this is going to be one huge battle with Vikings hoping they can finally overcome the Mighty Whites after years of falling short.

The next match sees Rossborough Division One winners Valkyrs B take on Vikings C. Valkyrs B are the outright favourites here with the westerners boasting a huge number of experienced former island players. Vikings however have managed to punch above their weight all season and will hope the magnitude of a final sees the stars align and performances lifted way beyond their current capability. However given the league form with Valkyrs winning 3 games from 3 against Vikings C it looks like this could be a one sided final.

Bacchas A will hope to cause a massive upset against Vikings a in the Ross Women’s Cup Final. Despite the fact that Vikings have been in metronomic form since the resumption of hockey post lockdown 3.0 Bacchas will not care one bit and will challenge the All Blacks all over the pitch. Anyone who doubts the fact that Vikings can be beaten by Bacchas may be being a bit silly as this writer has seen Bacchas are capable of fantastic hockey in their own right and will challenge Vikings as long as they can make the most of their attacks and not miss too many chances. Vikings will not be taking Bacchas lightly either and although there will be no nerves from the Vikings squad they will want to put Bacchas on the back foot as soon as possible.

The last Final of the day sees what is probably the closest to call with Rossborough Division One winners Vikings B take on Bacchas B who finished 2nd based on goals scored. Both sides finished level on points, wins, losses and goal difference it what was a titanic battle between the two sides all season. Neither side will want to give anything away and if Sam Franklin can reproduce her Semi Final form it could be Bacchas B that edge the favourites tag. Vikings however have a brilliant young squad available to them and will hope that their pace advantage will tell against the vastly experienced Bacchas side. For this writer this match represents the  most exciting potential game out of all the finals with both sides very closely matched.