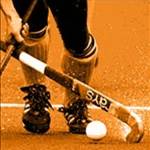 The Isle of Man men's and women's hockey sides relinquished their titles at the Four Islands Tournament in Jersey at the weekend.

The men were beaten 3-0 by Jersey in the final, having won one and drawn two of their round-robin ties.

The women, who played Orkney as well as Jersey, Guernsey and Bermuda, lost to the two Channel island sides but beat the other two.

They then beat Orkney again in a playoff to claim third place.

We'll be hearing the views of the men's team manager Richard McAleer on Mandate tomorrow morning from 7.30.