Holders Peel out of cup in final repeat 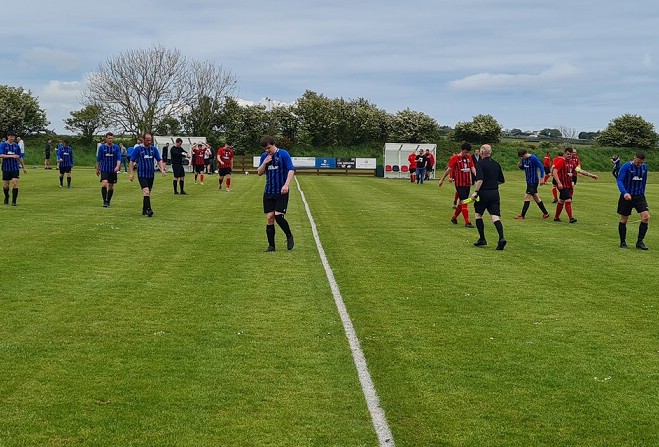 Holders Peel are out of the ECAP FA Cup.

The westerners lost 4-3 to St. Mary's in a feisty repeat of the final when the competition was last staged two years ago.

Premier League champions Corinthians were made to work hard by Division Two Onchan before scoring 3 second half goals to go through.

Colby took Douglas Royal to extra-time but the Premier League opposition proved too strong in extra-time with a 6-3 success after the game ended 3-3 at full-time. Sam Baines scored three for the visitors to Station Fields.

Other winners were St. George's who thrashed Governor's Athletic 13-0, Castletown beat a battling Pulrose 5-2 with Alex Crawley scoring a hat-trick, Old Boys won 3-2 at Ayre, Gymns saw off Douglas & District 6-4, Foxdale smashed in 13 to Michaels 4 and Ramsey were awarded the tie with Braddan.

Ramsey Youth Centre are through to the Paul Henry Gold Cup Final after a 5-2 victory at Malew.