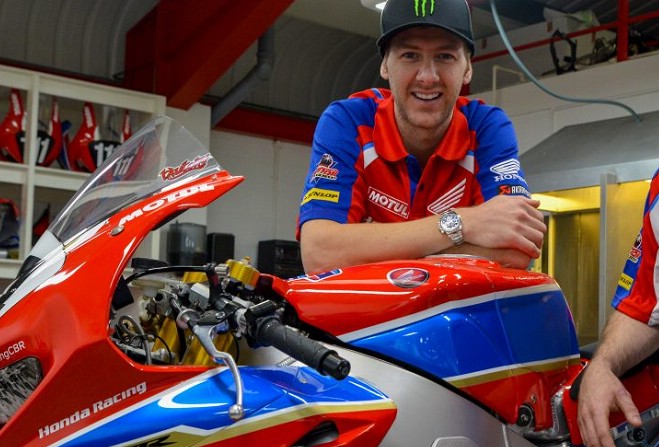 Australian rider David Johnson has spoken of his excitement after Honda Racing confirmed he'll line-up alongside Ian Hutchinson at the 2019 TT.

The duo will contest the Superbike, Senior and Superstock classes aboard the CBR1000RR Fireblade SP2.

Johnson - who made his debut at the event in 2010 - is confident of improving on the three fourth placed finishes around the Mountain Course he's previously managed.

After a frustrating period recovering from injury, 16-time winner Hutchinson is also keen to get back to his best form on the Isle of Man this May.

Despite competing at last year's TT, the Bingley Bullet was short on bike time following a second serious injury to his left leg in the 2017 Senior race.

But his teammate is feeling optimistic ahead of their exploits on the roads this time around.

"Over the years they [Honda Racing] have been incredibly successful and won a lot at the TT.

"I feel that I will gel with the Fireblade, so I'm very excited to get started and ride the bikes," Johnson said.

It seems the Honda camp have confidence in abundance, with Hutchy stating his intentions for the forthcoming season.

As always, he sets the bar high.

"Last year was about building back up and learning the Fireblade again.

"The results were a little disappointing, as they didn't reflect the hard work that went in behind the scenes."

And Hutchinson - who set the record for five TT victories in a single week whilst his new teammate was making his debut at the event back in 2010 - cannot wait to get the new campaign underway.

"I think we'll be in a strong position when we arrive at the North West 200. I'm keen to get started and looking forward to the team's first test."