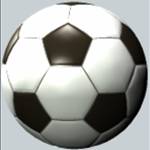 The favourites for CFS Division Two continue to live up their billing.

Michael United maintained their 100 per cent record with a 5-1 victory at the Police on Saturday.

The Police took an early lead before Michael took control with a hat-trick, one a penalty, from player-manager Nick Hurt, and goals from Sean Rooney and Paul Corlett.

Pulrose are in third after a 4-1 home success over Malew – regular marksmen David Skillen, Jay Wood (two), and Barry English finding the net yet again, while Marown saw off Onchan 4-3 at Onchan Stadium to continue their encouraging start.

Regular scorers Jamie Carr, Daniel Bentham and Mark Wolfenden were all on target for Onchan, who led twice, but it was Stephen Hinds, Jeremy Lovett (two), Kevin Druggan whose goals earned the points for Marown.

After being demolished a week earlier by Colby, Jurby put in a fine performance against Braddan.

However, it was the side relegated from the top flight who took the points in a close 2-1 win.