On Air Early Breakfast Chris Williams | 5:00am - 7:30am
Smokey Robinson, Miracles - The Tears Of A Clown Download

IoM hockey side misses out on promotion 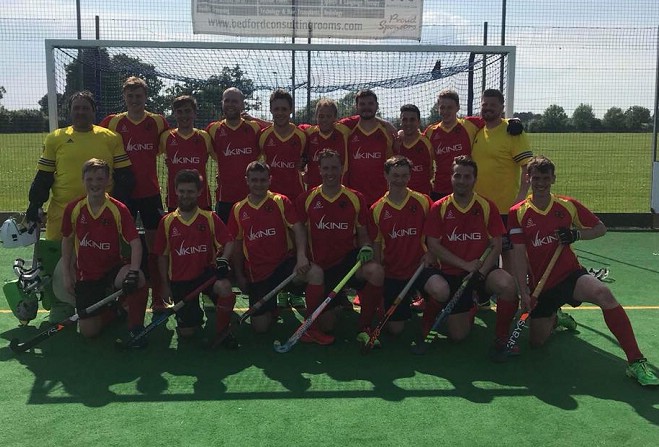 Defeated by Surrey in playoff

Following their recent success at Bedford, the Isle of Man men’s hockey team travelled to Nottingham to play a promotion playoff with Surrey.

The English County Championships have been played since 1957, split into divisions, and until 2017 the Isle of Man had always remained in Division C, the lowest one.

In May last year the team travelled to Portsmouth and won six games out of six to gain promotion, and this season topped the B division group at Bedford at the first attempt.

However B division is split into two, and the top teams in Bedford go forward to play off for promotion to A division.

The morning dawned wet, but the facilities at Nottingham are first class and the game began on the dot at 10.30am.

The second half began disastrously for the Isle of Man as Surrey capitalised on mistakes to engineer two further goals in quick succession.

However Manx heads didn’t go down and Robin Masson earned a penalty after a tussle with the Surrey goalkeeper.

Andy Vernon-Browne’s effort was saved, though.

The Isle of Man threw on extra forwards and with two minutes left Alex Bell rounded off a fine move with a second goal, but time ran out with Surrey holding on at 4-2.

A measure of the opposition faced is that Surrey fielded seven players from National League clubs, and the remainder of the squad from South Premier League.

The Island men and ladies senior hockey teams now go on to play in the Premier League Tournaments in Essex in September.

Both are currently without a sponsor: if anyone is interested in finding out how they can help them, get in touch with the Manx Hockey Association.