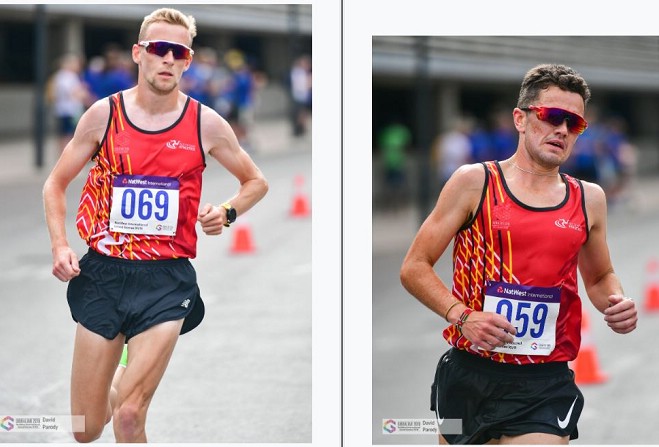 Ollie Lockley and Alan Corlett made it a Manx one-two in the men's half-marathon at the NatWest Island Games earlier today.

Lockley finished in a time of 1:06:54, just over 40 seconds ahead of Corlett, who was almost two minutes ahead of the third-placed runner from Gotland.

Lockley's time was 20 seconds off the Games record, while Corlett took 55 seconds off his personal best time.

Hannah Howard did not finish.

The golds have kept flowing this afternoon, too.

David Mullarkey won the men's 1,500m, Rachael Franklin added the women's 800m title to the 1,500m one she won earlier in the week.

And there was success on the athletics track yesterday evening as well.