Is natural flair being coached out of players? 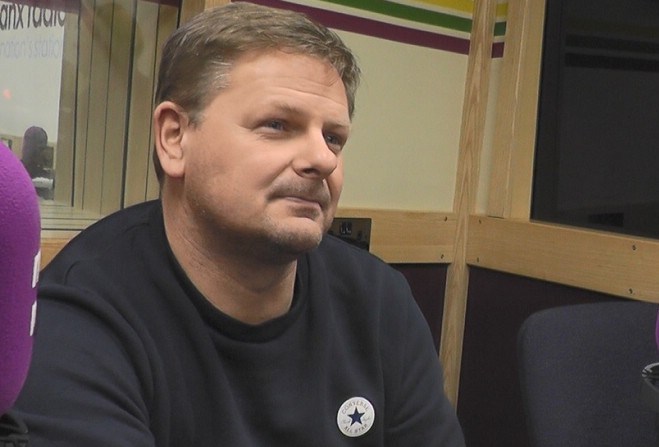 Former Island Player of the Year Johnny Palmer has hit out at 'overcoaching', claiming natural flair is being taken away from young footballers.

He made the comments on Manx Radio's Friday Football Focus programme, as he spoke openly about his days as a player and how he views the way the game has gone.

During his playing days, Palmer turned out for Laxey, Old Boys, Pulrose and Castletown and was one of the most prolific marksmen of his generation.

Going full circle, he can now be found prowling the technical area at Glen Road on matchdays as the manager of Laxey.

"When I watch now I don't get excited by players, whereas back then [in my playing days] I could name any number I'd watch" he said.

'Magic being coached out of players'

Palmer was not only renowned for his goal-scoring ability, but also his temperament, and his view on modern-day footballers failing to excite the masses comes down to the way they are coached.

The 1992/93 Golden Boot winner believes players these days are being manufactured rather than developed.

Whilst this has led to today's talent pool having more focus on fitness, Palmer is concerned that the skill to change a game in an instant is being lost.

"When you generalise with every form of training you're not catering to that kid who, at first look, might be an absolute lunatic, but he's got that thing in his feet.

"I'm just not seeing that anymore. Everyone gets trained the same way. There's no 'different'" he lamented.

Reflecting on players of the past - both in the domestic leagues and in the professional game - Palmer gave examples of players who he believed had that quality that is impossible to coach.

Those who, whilst may have had disciplinary records that left a lot to be desired, their natural flair left supporters on the edge of their seats.

Palmer sees the remedy to this problem as being fairly straightforward.

He believes flair players with that so-called magic should be left to their own devices.

"You leave them alone. Leave him be. Look at Wayne Rooney, one of the most talented players that England have got. He's got that little thing in his head."

"Eric Cantona is another one with that unbelievable skill at his feet. I think nowadays the likes of those players... it might be coached out of them."