Island side beat Brentford in 5-3 goal-fest 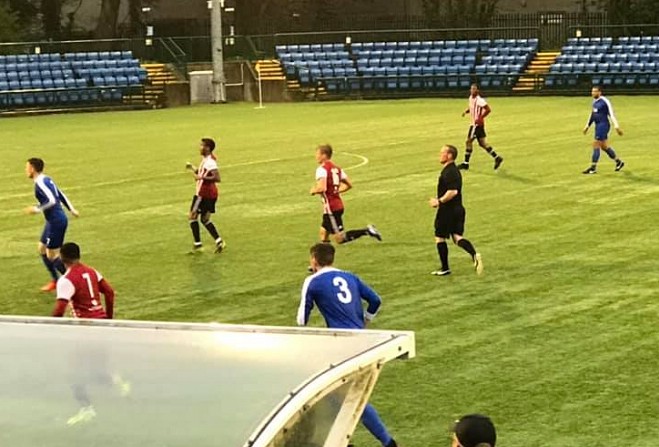 The Isle of Man (blue) take on Brentford B in last night's match (Credit: Isle of Man FA's Facebook page)

Classic performance from local side

There was a great win for the Island team at the Bowl last night.

They beat Brentford FC's B team 5-3, thanks to a long-range effort from Dan Simpson, a Jack McVey penalty, an own goal and a brace from captain Frank Jones.

The Island team is continuing its preparations for this summer's inter-island football tournament in Anglesey.

Manx Radio's football correspondent, Tony Mepham, says it was a great performance from the Manx players: