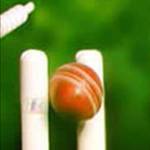 Ramsey will play Peel and St John’s in the final of the Standard Bank Tinker Cup.

Richard Corke and Gayan Dissanayke got Castletown away to a good start with an opening stand of 63.

Brian Arnold then dismissed Corke for 24 and trapped Dissanayke lbw for an excellent 40.

Wickets started to tumble until skipper Garreth Roome rallied the tail with a lively 29 and the Town finished on 172.

In reply, Ramsey were soon in big trouble against very tight bowling.

After the first 16 overs, put down by Mark Williams and Seb Aycock, the score was 41 for three. Ollie Webster and Jamie Moffatt took the total to 92 when Jamie was bowled for 17.

Ollie Webster now went on the attack and savaged the Town bowling.

In a fine display of big hitting, he smashed 81 not out from 70 balls, including 10 fours and three sixes.

Aided by an excellent 23 by James Arneil, Ramsey reached their target to win by six wickets with four overs left.

Peel and St John’s booked their place in the final with a 37 run win at Mullen-e-Cloie.

Batting first, their openers had reached 31 when they lost two wickets in Alex Stokoe’s first over.

Nick Hawke then hit out for a fine 51, Will Bayley made an important 31 and Akkie van den Berg scored a smooth 29.

The side ended on 179 for 8, setting Cronkbourne a stiff target.

The Tromode batsmen struggled against splendid bowling from Greg Hawke. He returned 5 -27 to shatter the hopes of the Douglas team.

At 80 for six it had looked all over, but a spirited 48 from Will Wood gave hope to the visitors.

However, despite Wood’s efforts, they were dismissed for 142 to leave the jubilant Saints relishing a place in the final.