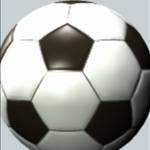 The first showpiece of the season will be an-All Saints affair at the Bowl.

Holders St George’s showed their class with three second half goals to triumph 3-0 at Laxey – skipper Sean Quaye was the hero with a double while prolific marksman Callum Morrissey netted the other.

There they will play St John’s after an exciting contest at Mullen-e-Cloie.

Steven Glover, Andy Glover and Johnny Holland were the scorers as the westerners sealed a memorable victory over St Mary's.

Steven Priestnal and Martin Reilly kept the Saints in the hunt but it was St John’s who prevailed to reach their first ever Railway Cup final.