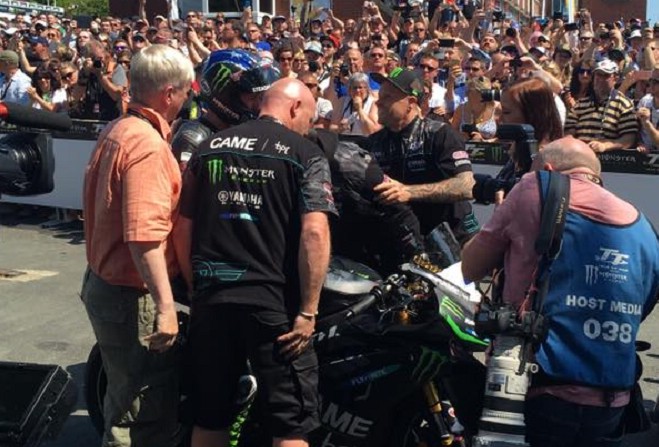 Prodigy frontman and road racing team owner Keith Flint has been found dead at his home in Essex, aged 49.

Police were called to the property in North End at 8am, following what they called 'concerns for his welfare'.

His death is not being treated as suspicious, and the man who formed the band, Liam Howlett, has confirmed his death was a suicide..

The Prodigy found fame in the 1990s, with tracks like 'Out of Space', 'Firestarter', and 'Breathe', the latter two of which featured Flint on vocals.

But in road racing circles for the last six years, he has also been known as the owner of Team Traction Control, which enjoyed some success at the TT.

Ian Hutchinson won both Supersport races for the team in 2015 and 2016.

The Isle of Man TT Twitter page has paid tribute, among many others online, saying, "Gutted to hear about the sudden death of Keith Flint, lead singer of the Prodigy and a great friend of the #iomtt."