Killer Kirkham captivates crowd in round one 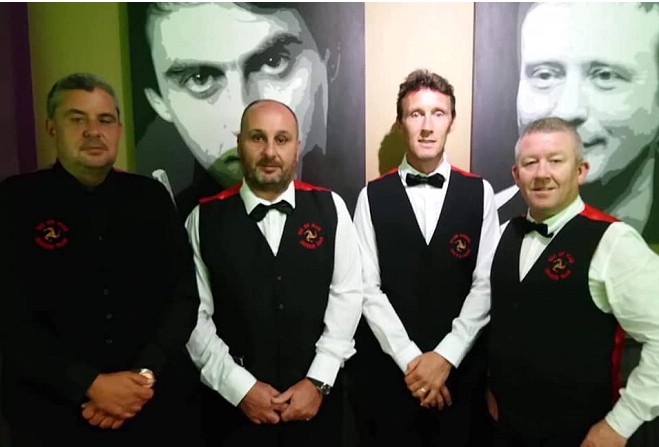 The 2018/19 Macs Builders Merchants snooker league got underway with a somewhat sombre tone, as a minute's silence was held in Ballasalla to remember former Malew player Brian Kinnish.

His sudden death was announced by the Isle of Man Billiards and Snooker Association in August.

Brian was a regular league player for more than 40 years, and was described as 'a true sportsman and gentleman' - he is sadly missed.

His Malew 1 side welcomed Douglas Snooker Club 'Newbys' to Ballasalla for their opening fixture, but despite wins for Eric Drinkwater and Dennis Quaye, it was the visitors who took the victory with good performances from Pat Maher, Ste MacDonald and Zain Abideen, who had a 27 break.

Elsewhere, Peter Kirkham stole the headlines on the baize with a stylish break of 56 en route to his opening frame win against Mark Quinn, as Finch Hill 'Mob' welcomed Malew 2 to the Island's capital.

The southerners fought back to lead 2-1 after wins for Alex Oates and Alan Coventry, but Peter Crellin and Steve Oates sealed a win for the home side - Crellin with a break of 26.

However, wins for Shaun Roberts and Terry Boyle against Calum Gardner and Darryl Hill brought the match level, before 'Young Guns' captain Dollin Mercer defeated Marc Morley on the pink to win the deciding frame and match.

In the north, St Olave's romped to a 4-1 victory against Finch Hill 'Rockets', with breaks of 37 for Sean Corkish and 25 for Paul Smyth in their frame wins - Dan Crawley also amassed an impressive 113 points as he defeated 'Rocket' Ron Grogan.

Peel Legion also won 4-1 in their opening match, as they hosted Douglas Snooker Club 'Wannabes' in the west.

Geoff Hall had a break of 25 in his frame, with Peel's other wins coming from Mike Crook, Kyle Darby and John Kelly - Steve Cowin was the only victor for the 'Wannabes', defeating Don Humphries.

In the final fixture, Douglas Snooker Club ‘Hurricanes’ kicked off their season at home, with a Douglas derby against Finch Hill ‘Musicians’ - the scorecard has not yet been received.