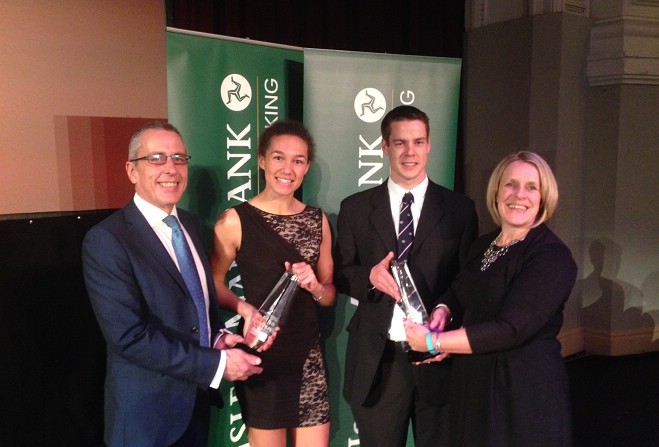 Shooter Tim Kneale and athlete Catherine Reid have taken the main prizes at the Isle of Man Bank Sports Awards.

At a packed Royal Hall at the Villa Marina, Kneale was named Sportsman of 2015 for finishing second at the World Championship and securing his place at the Olympics in Rio.

Reid took the honour of Sportswoman of the Year following her bronze medal success at the Junior World Athletics Championships.

The under-21 winners were snooker player Darryl Hill and swimmer Charlotte Atkinson.

St. George's were winners again and named as Team of the Year.

The Lifetime Achievement recipient was Phil Taubman, in recognition of his unstinting work with the Southern 100, TT and Manx Grand Prix.