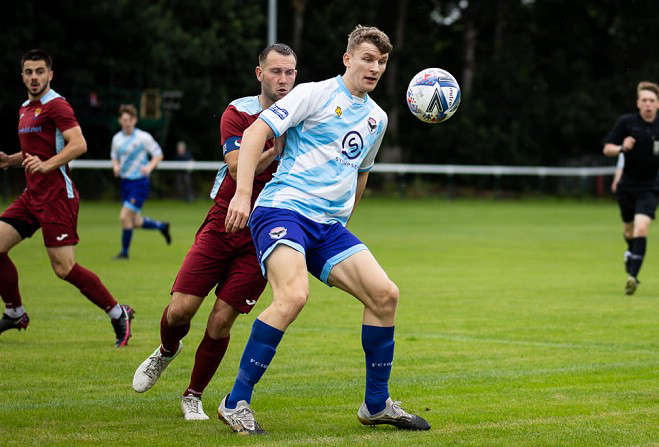 A sensational late strike denied FC Isle of Man victory at the weekend (21 August) as they drew 2-2 with Cheadle Heath Nomads.

The hosts took the lead after 11 minutes when William Shawcross lobbed the Ravens goalkeeper, Dean Kearns.

However, the Manx side got themselves level on 36 minutes when Cameron Avery powered home a header which cannoned in off the post.

After both sides went in level at the break, FC Isle of Man then took the advantage around ten minutes into the second half.

A pass from Lee Gale through the Cheadle Heath Nomads' defence was picked up by Luke Murray who calmly slotted home on 55 minutes to put the Island team 2-1 in front.

However, FC Isle of Man were then to be denied the chance to take all three points for the second game in a row.

Cheadle Heath Nomads' Shawcross popped up once again in second half injury time and produced a 25-yard strike into the top corner to level the game up once more to bring the final result to 2-2.

It means FC Isle of Man remain undefeated in their first four games of their maiden league campaign, winning one and drawing three.

Their next tie is scheduled away against West Didsbury & Chorlton at 3pm this coming Saturday (28 August).