Laxey on the brink after defeat to Marown 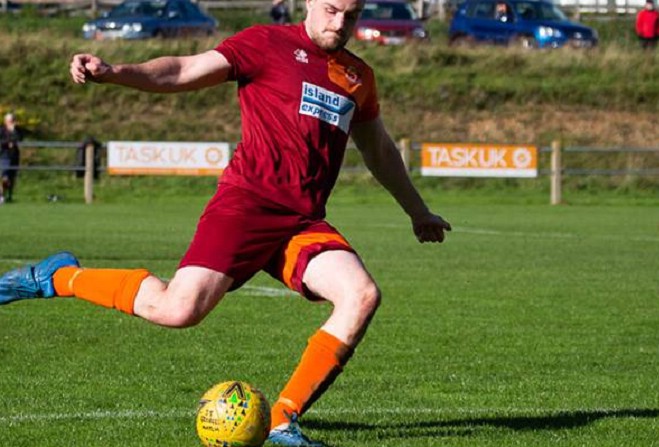 Laxey are now six points adrift at the foot of the Canada Life Premier League after they fell to a 6-4 defeat away at Marown - who boosted their own hopes of survival in the process.

The hosts had to play a large portion of the game with nine men after Lewis Brew and Alex McQuarrie received their marching orders but held on for a vital three points.

Two goals each for Stuart Morris and Ashley Higginbotham helped Marown climb one place to ninth.

Defeat for The Miners means they will need to win at least two of their remaining four games to have any chance of beating the drop.

Marown, meanwhile, have taken a massive step towards retaining their top flight status with the victory moving them seven points clear of danger. 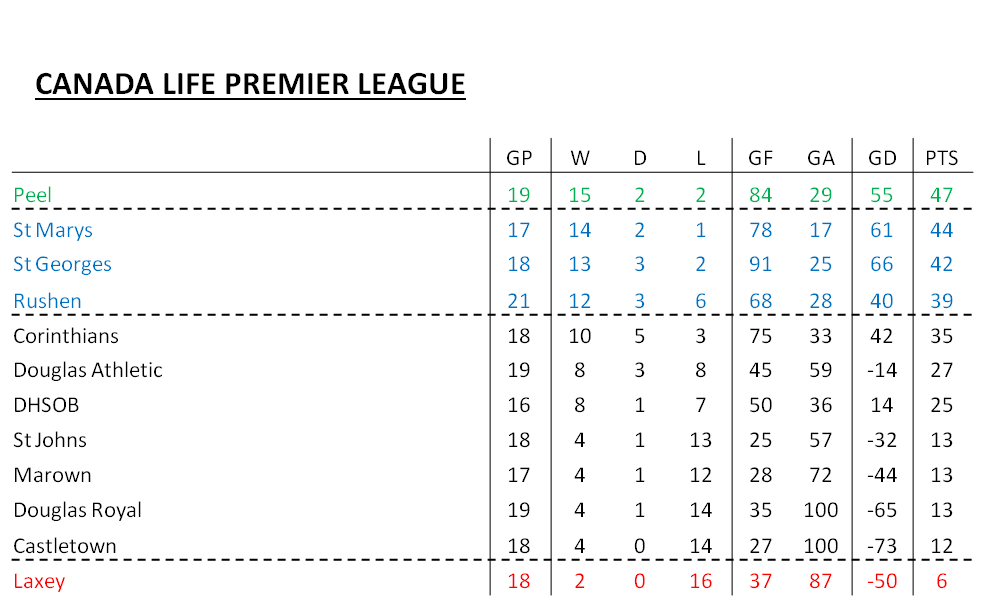 In the day's other huge game in the relegation scrap saw Castletown come out on top in a thrilling game against Douglas Royal.

Goals from Luca Simmons, Connor Garrett, Jack Camarda and a wonder strike from Jamie Cadwallader ensured the points stayed in the south.

Royal - who drop behind Marown on goal difference - battled hard but ultimately in vain as a Jamie Agnew brace and a Jacob Crook effort wasn't enough to salvage a point as the match finished 4-3.

In the day's other games, Peel returned to the top of the table; largely thanks to a Rhys Oates hat-trick.

Ryan Holdaway was also on target for the westerners, as they ran out 4-2 winners against Douglas Athletic.

Sam Caine took the match ball as his St Georges side survived a scare to eventually overcome St Johns 5-3.