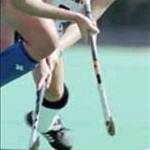 The leaders in the hockey Premier Divisions maintained their 100 per cent records on Saturday.

In the Wi Manx Mixed Men’s Premier League, reigning champions Bacchas A kept their lead with a 7-0 victory over Ramsey A.

Nearest rivals Valkyrs A put six past Bacchas B to maintain their chase.

Neil Jacobs was the hero with a hat-trick.

Chris Thomas, Chris Caldwell and Vic Fearns got the others.

Vikings A were too strong for Castletown A.

An Ieuan Williams goal was enough to separate Vikings B for Valkyrs B in the other top flight match.

In the Wi Manx Women’s Premier League, Vikings A made it four wins out of four.

They hit bottom club Castletown B for 12 without reply.

Doubles from Kirsty Cooper and Sarah Blackman added to the rout.

Two goals in each half saw Bacchas A see off their B side 4-0.

Valkyrs A were 4-1 winners over Ramsey A, thanks to an Andrea Kneen hat-trick and one from Leanne Prescott.

Amy Stoutt was the Ramsey scorer on the day she played a crucial part as Ramsey Rascals clinched the Mixed Hockey under 16s title.

A Dani Kelly hat-trick fired Castletown A to an 8-2 win over Valkyrs B.

Abbie Henderson and Mandy fired the goals for Valkyrs B.

Ramsey Rascals sealed the Wi Manx Mixed Under 16s title with a 6-0 thrashing of Vikings.

Doubles from Amy Stoutt and Jan Cain and one each from Juan Kermeen and Aaron Bell ensured they won the trophy by a point.

Nearest rivals Bacchas A did all they could, emerging 4-3 victors over third placed Castletown but it wasn’t quite enough.