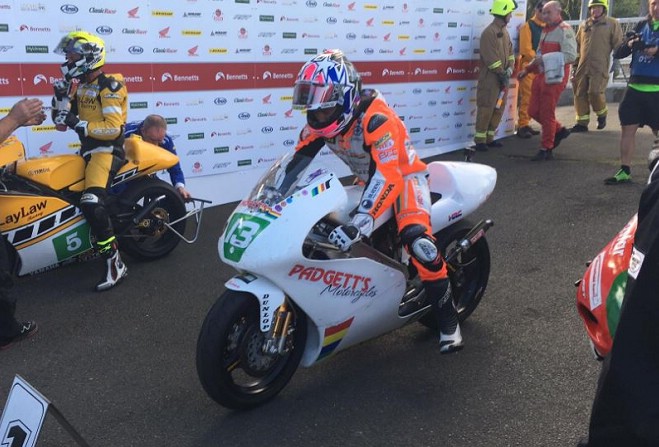 It's the 29-year-old's second CTT win

Johnston's victory wasn't obvious at the start of the race however, as it was second placed Adam McLean who initially led.

McLean was 4.1 seconds ahead by the end of the first lap, with Ian Lougher in second place. But Johnston soon showed his mettle, overtaking Lougher on the mountain stretch.

And McLean's lead quickly came to an end in the second lap, when Johnston took his place in the top spot for the remainder of the race.

Past the halfway point and into lap 3 it looked like Johnston was fighting to keep his lead, with McLean just a tenth of a second slower.

Lougher dropped behind the two neck-and-neck leaders by a minute - but stayed firmly in third place.

Further into lap 3 though Johnston steadily pulled away from McLean, with an advantage of 9.2 seconds by the end of the lap.

Into the final lap Johnston threw any question of losing his lead out of the window, increasing the gap by 29.2 seconds past the finish line.