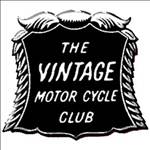 He has been the club's guest of honour at the annual rally held over Manx Grand Prix week.

Miller achieved fame as a TT rider during the 1950s and later as a very succesful motorcycle trials rider.

He says, despite the poor weather, he has very much enjoyed the MGP: