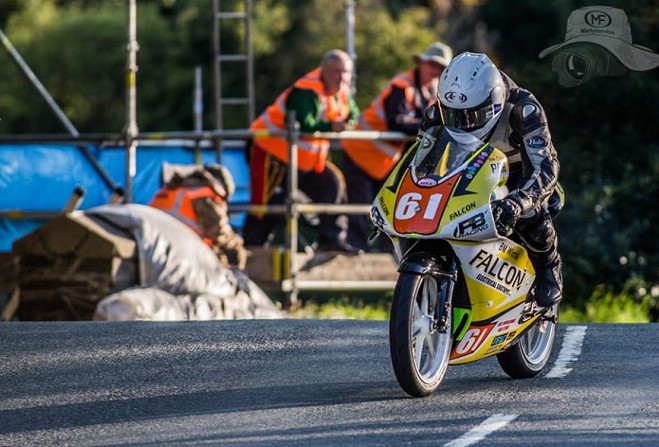 Tom Snow on the way to his win in the Ultra Lightweight Race Two (Photo: Martyn Parnell)

Snow takes the top step in the Ultra Lightweights

The top three in the second Lightweight race at this year's Festival of Motorcycling was a carbon copy of the first.

Nineteen-year-old James Hind notched his second win in as many days as he rode to victory on his Yamaha.

Speaking after his win, Hind told Manx Radio what the conditions were like around the Mountain Course:

Radley Hughes, who had taken an early advantage in the three-lap race, was on the second step on the podium - with Lancelot Unissart rounding off the top three on his Honda.