Lomas disappointed lap will not happen 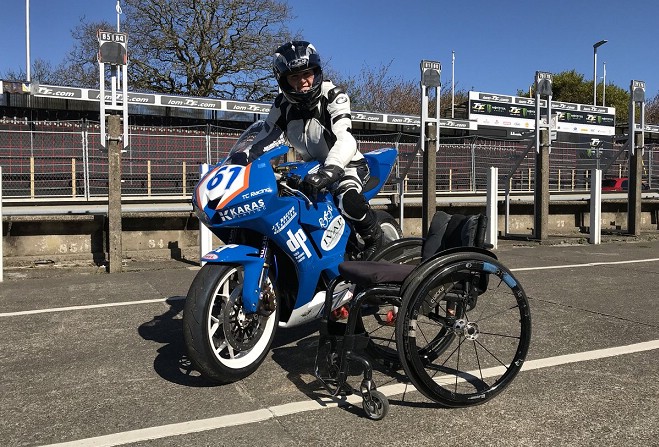 Race programme too crowded for challenge

Former eventer Claire Lomas MBE will not be doing a lap of the Mountain Course during the Isle of Man Festival of Motorcycling.

Organisers have informed her it is not possible to accommodate it within the race programme.

Claire had a life changing accident in 2007 leaving her paralysed with no movement or sensation from the chest down.

Through a variety of challenges, she has raised over £650,000 for charities including the Nicholls Spinal Injury Foundation.

Although disappointed by the setback, Claire is now in discussions with British Superbike Championship organisers about an alternative.

Claire says unfortunately a lap on the Isle of Man is now off her radar: